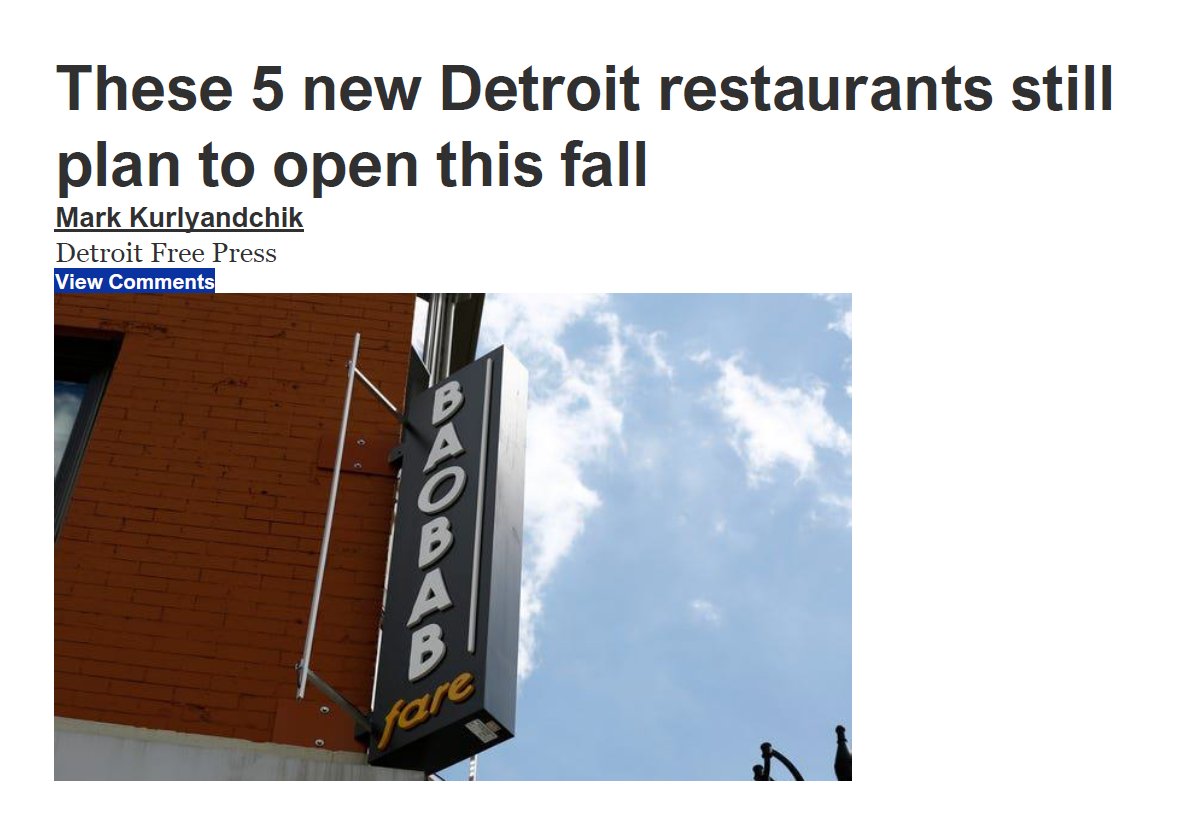 These 5 new Detroit restaurants still plan to open this fall

Autumn is historically a busy season for the restaurant industry, often bringing with it a slew of new restaurants eager to open in time for the make-or-break holidays.

But with the COVID-19 pandemic dragging on into the foreseeable future and the hospitality industry suffering far worse than other sectors of the economy, it’s no surprise that this year’s crop of new fall restaurants is much shorter than usual.

Perhaps more surprising is the fact that there are new restaurants opening in this environment at all, but there are some perks to opening now.

“I’m feeling extremely optimistic about it,” said Davante Burnley, executive chef and partner at the forthcoming Slyde in Detroit’s West Village neighborhood. “We were able to literally take what we had on paper and scrap it to go back to the drawing board to make it fit the new norm. We kinda felt like we had the advantage in this situation because we aren’t open and we could re-engineer our plans to fit the moment.”

Slyde is not alone in that regard.

Here are five new restaurants slated to debut in Detroit this fall, listed in order of their anticipated opening date.

Jared Gadbaw is no stranger to running restaurants in hard times. In 2008, at the height of the Great Recession, acclaimed chef Michael White tapped the Garden City native to run the kitchen of his Italian fine dining ode to seafood, Marea. With Gadbaw as its chef de cuisine, the restaurant debuted to instant success and a slew of accolades, including James Beard Awards and two Michelin stars. All this despite its high-ticket status against a backdrop of double-digit unemployment.

Awards are likely the furthest thing from Gadbaw’s mind now as he navigates opening his first restaurant — one he’s referred to as his “everything” — back in his home state in the middle of a protracted pandemic.

With the 9,500-square-foot space on East Grand Boulevard needing only final touches, Gadbaw has now turned his attention to staffing up for an early September debut of Oak & Reel. While the concept retains the chef’s signature Italian seafood focus, the pandemic has forced a few tweaks.

“Originally we hoped to be a restaurant where anybody and everybody could come on a regular basis,” Gadbaw said. “You could sit at the bar and have a little pasta or sit at one of the tables and drink Champagne and eat caviar. But in forcing us to reformat and remove seats, we decided that a prix fixe menu, whether it’s 3 or 4 courses, was the most responsible way for us to look after our staff, control our environment and provide this experience in allowing people to kind of check out for a period of time that may be longer than elsewhere where they’re more concerned about turning tables.”

Pricing is still being finalized, but the cost of the prix fixe will likely start in the $60 range, with some add-ons and modifications available. At least to start, dine-in service will be by reservation only. An a la carte menu featuring to-go options like pasta, dessert and cocktails will also be available for those who may want to get a taste of Oak + Reel without the commitment of dining in.

Holly McClain has opened quite a few restaurants over the last two decades as the front-of-house force and managing partner of McClain-Camarota Hospitality, which she runs with her husband, the James Beard Award-winning chef Shawn McClain.

But she’s not going to let the pandemic stop her from opening one more: her dream restaurant.

“It’s very personal and something I always wanted to do,” McClain said. “Growing up here and always wanting to move back here and do a casual restaurant downtown — this is kind of what I’ve had on my mind since culinary school days.”

Olin, an Old English word for holly or evergreen, will fill the former PuppetART Theatre space on Grand River, which shares an alley with the Shinola Hotel. Even before the pandemic, the plan was to install a takeout window on the alley to serve warm soft pretzels and ice cream floats as a separately branded concept. That fortuitous planning quirk will be a boon to the upstart restaurant, which can now also serve to-go cocktails per the state’s new liquor laws.

And though McClain and her husband just opened the swanky Highlands steak house atop the Ren Cen last fall, she said Olin will be a much more approachable neighborhood-style restaurant with an open kitchen, original black-and-white floor tiles and colorful photographic murals by Lisa Spindler adorning one wall.

Olin will debut with dinner service and weekend brunch to start. Plans for lunch have been temporarily scrapped, though McClain said she’s hopeful to launch that down the road, “when downtown is ready for it again.”

In recent years, chef Davante Burnley and bartender Justice Akuezue have built a reputation for themselves as a dynamic hospitality duo who lead The Exchange, a roving pop-up of Black culinarians.

Despite working together on the pop-ups for four years, the pair struggled to find a permanent home. So did Slyde, a long-delayed slider concept from LJ and Anitrah Nelson and partners that had been in the works for just as long.

Together, the parties are now settling in the former bank in Detroit’s West Village, with Burnley as Slyde’s executive chef and Akuezue — who’d been on board when the project was first announced — as general manager.

In addition to running the kitchen and the front-of-house, Burnley and Akuezue have both been made partners in the project, anchoring their involvement.

The concept remains centered on affordable, creative sliders, but Burnley has expanded the menu a bit to include shareables like his signature pineapple-rum wings. Other changes include a dedicated retail and carryout area, an open kitchen so diners can see the food preparation and an outdoor dining space triple the size of the original plans.

“We really want to create that outdoor dining experience year-round and be really conscious of the fact that people may still be leery about sitting in a confined space to eat,” Burnley said.

Slyde has been offering monthly previews of the to-go Slyde Thru experience, where guests can sample menu items and see the space. The next pop-up is scheduled for August 22. A menu and pre-order link will be available the week of on the restaurant’s website.

For all its river shoreline, Detroit is shockingly bereft of waterfront restaurants.

That will change in October as Coriander Kitchen & Farm finally makes its official debut at the old Fisherman’s Marina in the Jefferson Chalmers canal district — three months late thanks to COVID-related construction delays.

“It was vacant for over 15 years,” co-owner Alison Heeres said of the building, which Coriander will share with Detroit River Sports. “And then we were also dealing with the rising water. So we put a seawall in but then the water continued to rise. This year we had to add additional wood and put sewers and drains in. So it’s been a long haul, but it’s finally coming to fruition.”

Heeres and her farmer/partner Gwen Meyer have grown a following over the years for their dedication to true farm-to-table fare mostly through catering events, bolstered by the bounty of their one-acre farm near Eastern Market. While the original plan was to open a brick-and-mortar near the farm, the partners were invited by Detroit River Sports to view the site and fell in love.

Though it will hold some 45 seats inside the renovated marina building, the majority of seating for the restaurant is outside on a charming pebblestone patio overlooking a canal that spills into the Detroit River near Windmill Point.

It was January 2018 when Baobab Fare first appeared in the Free Press as one of the year’s most anticipated openings.

Two-and-a-half years later and many more mentions since, the planned East African cafe from Burundian refugees Hamissi Mamba and Nadia Nijimbere finally appears to be nearing the finish line.

The build-out of the restaurant on the southeast corner of Woodward and Grand Boulevard is “moving very well,” Mamba said, and he and his wife are planning for a November debut.

Luckily, a retail component was always part of the plan for Baobab Fare, which aims to be the only East African restaurant in Detroit when it opens.

And though Mamba admits to being scared and nervous about opening amid a pandemic, the meaning behind the restaurant’s name is more poignant than ever — the baobab tree is known for thriving in hostile environments.

Send your dining tips to Free Press Restaurant Critic Mark Kurlyandchik at 313-222-5026 ormkurlyandc@freepress.com. Follow him on Twitter @MKurlyandchik and Instagram @curlyhandshake. Read more restaurant news and reviews and sign up for our Food and Dining newsletter. 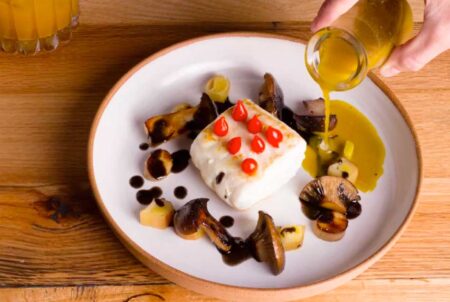 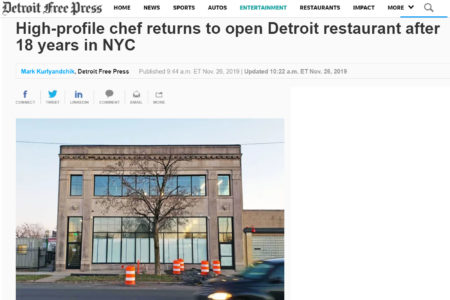 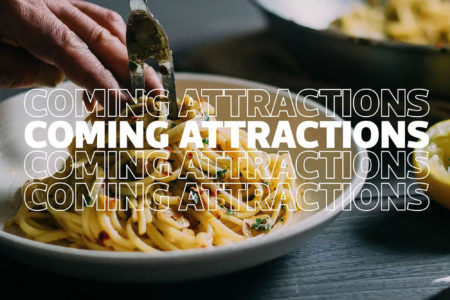